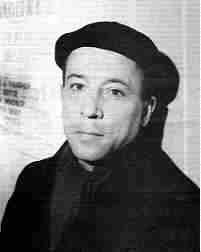 I was at Maidenhead Grammar School, as it was then, at the same time as David Widgery and I remember him as an odd looking character with a pronounced limp as a result of contracting polio as a small child.  He was almost certainly responsible for the graffiti slogan on the wall opposite the school gates which read “Education Not Annhilation” (sic).  He produced, I think, just one issue of the satirical samizdat “Rupture” which circulated in the school and, on orders of the Headmaster were frantically collected up by the teachers before most of us had chance to be subverted.  David was expelled.

“We have seen through the fancy dress of modern capitalism”: David Widgery

Firework displays have the power to illuminate, shock and delight. Our heads are constantly turning to catch the next flare-up. David Widgery was a walking November the Fifth. He could not and would not be tied down to a one-track life. For a generation of London’s East-Enders he was “Doc”, the GP at the end of hours in the waiting room or the GP who belted round the housing estates of Tower Hamlets. But he was also the spirit that raged at the evidence that the diseases he was diagnosing were really cankers growing out of lousy housing, hazardous work and lack of money.

His brilliant and last book Some Lives! (1991) charts the excruciating cases and conditions on his rounds, but in typical outbursts of wit and learning interleaves these with a political walk-round the East End.

I first saw him on the platform at the London School of Economics in 1968, doing what he always did, firing off disparate examples of the iniquities of capitalism, matched by stirring, but equally disparate instances of resistance. He could zoom through rack-renting in Liverpool 9, or murder in Ian Smith’s Salisbury, and a moment later remind us of students on the Streets of Berlin or striking night cleaners in London W1. “We have seen through the fancy dress of modern capitalism,” he said, “and found the irrational violence and the hopelessness at its core” – and that was a medical student talking. We nodded, looking at his cropped hair.

But this was the same Widgery who could recite André Breton’s Surrealist manifesto; who wrote articles on “Fleet Street’s Chain of Fools” on psychedelic paper in Oz, which he was later to edit; and who fell for Allen Ginsberg. In his fighting collection of 20 years of newspaper articles, Preserving Disorder (1989), he says, “I’m glad I heard Hendrix live, but gladder to have marched with the dockers to the gates of Pentonville Prison.” He was also glad to have done the same against bombs, for miners against Gulf wars and for hospitals.

For some, the Widgery cocktail was a bit too heady. The organisation he devoted himself to all his adult life, the International Socialists – later to turn itself into the Socialist Workers Party- did not always see how his personal liberationist stand – with its shades of Rimbaud, Shelley and R.D. Laing – slotted into Leninism. But, as he wrote in 1989, “Without ’68 and the SWP I would, no doubt, in the conventional manner of the educationally upwardly mobile, be ensconced in the Department of Community Medicine of a cathedral town with my children down for public school and a sub to the SDP.” “Nor”, he adds, “am I prone to the depression which seems near-terminal among so many socialist intellectuals now becalmed in sophisticated nihilism.”

The flip-side saw him delighted that he had irritated Julie Burchill with the book Beating Time (1986), his fizzing collage-account of the Rock Against Racism movement of the late Seventies. He rooted for the rebels of rock, Seeing in a Peter Tosh or an Elvis Costello a glorious popular shout for change. He gobbled up fiction, history, politics, theatre, cabaret, music and poetry and then would surprise us with a new enthusiasm – his hero in the lndependent magazine’s “Heroes and Villains” column turned out not to be Trotsky, Bessie Smith or Lenny Bruce – all in his pantheon – but the free-verse American poet William Carlos Williams.

In our collaboration on The Chatto Book of Dissent (1991), we spent many hours choosing past heroes – people who burst out of their shackles and opposed the ways and means of the powerful. He wanted to be one of them, with them. I like to think he would have rushed round to my house on a Sunday morning with this obituary, marked with his illegible black squiggles, saying, “We can’t leave out Widgery.” We won’t.

He is survived by his partner Juliet Ash and their daughter, Annie. Another daughter, Molly, died soon after birth nine years ago.